Fly Ninja is a high energy game that naturally trains focus and attention through suspenseful and engaging gameplay.
Fly your Ninja into the Japanese Palace to steal hidden treasures!
Game includes
4 Ninjas
1 Japanese Palace
1 moat
4 boxes
4 walls
30 game cards
Setting Up
Assemble the two palace pieces to build the Japanese palace
Connect the white boxes into a square
Attach the grey walls pair by pair. Fix to the white boxes
Place the treasure cards inside the white boxes
How to Play - Method 1
Place 2 treasure cards inside each box, one facing up and the other facing down.
Each player receives 3 “Mission Cards,” indicating the 3 items each player needs to steal.
Place the moat against the edge of the palace (players shoot their ninjas from this distance). Each player may shoot their ninja once per round.
If the ninja lands inside a box, the player may choose to steal 1 item (replace the according to “Treasure Card” once taken away). If the ninja lands inside the palace, the player may draw a “Skill Card,” and it could be used the following round.
The first player to steal all 3 items that match their 3 “Mission Cards” wins the game.
How to Play - Method 2
Place 1 “Treasure Card” (facing up) inside each box.
Players take turns to shoot their ninjas.
Add “Treasure Cards” once it is stolen from each box.
Within 20 minutes, the player who steals the most “Treasure Cards” wins the game. 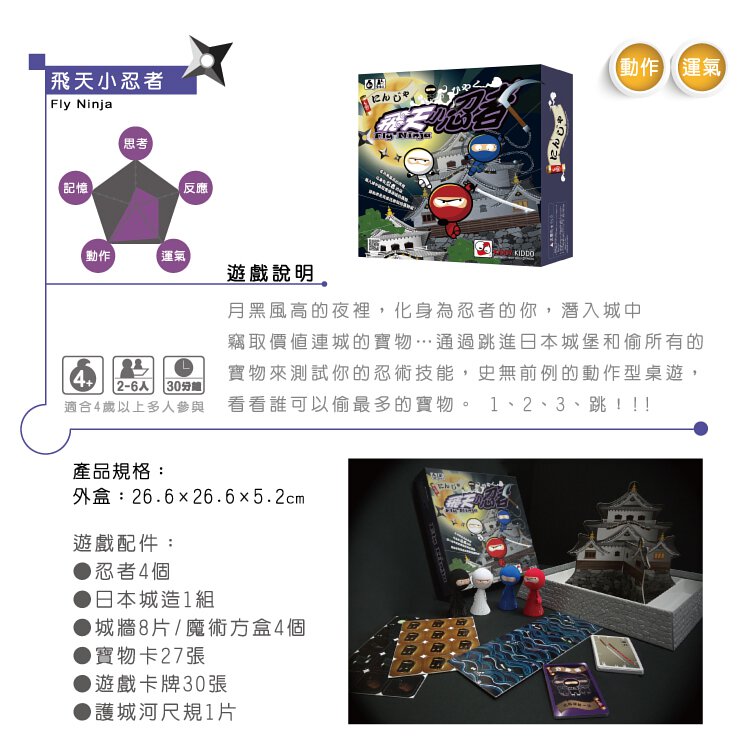 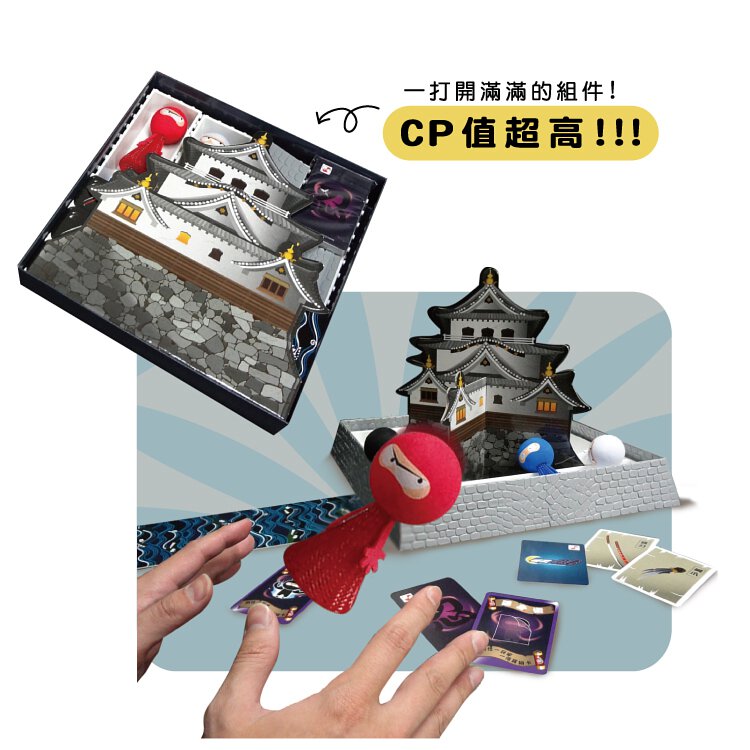 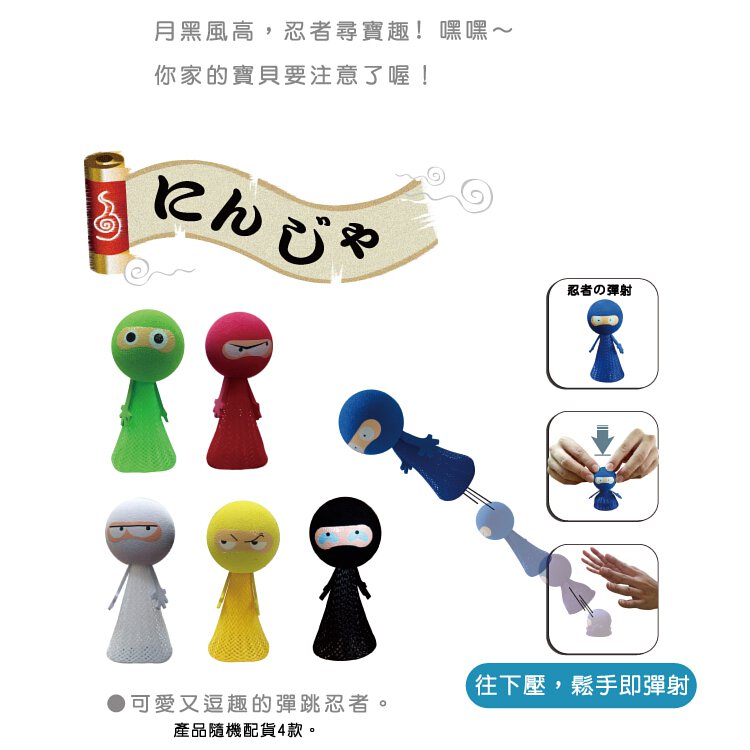 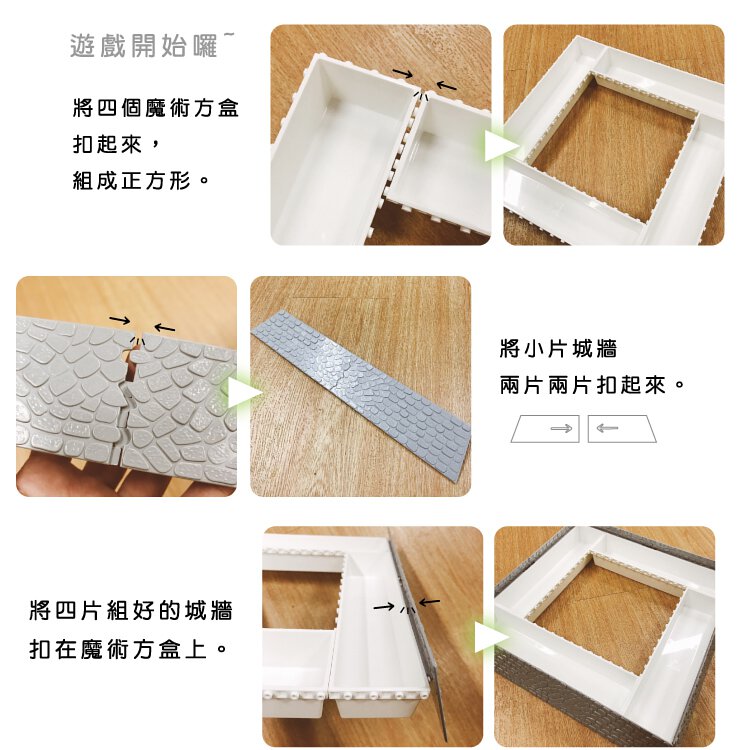 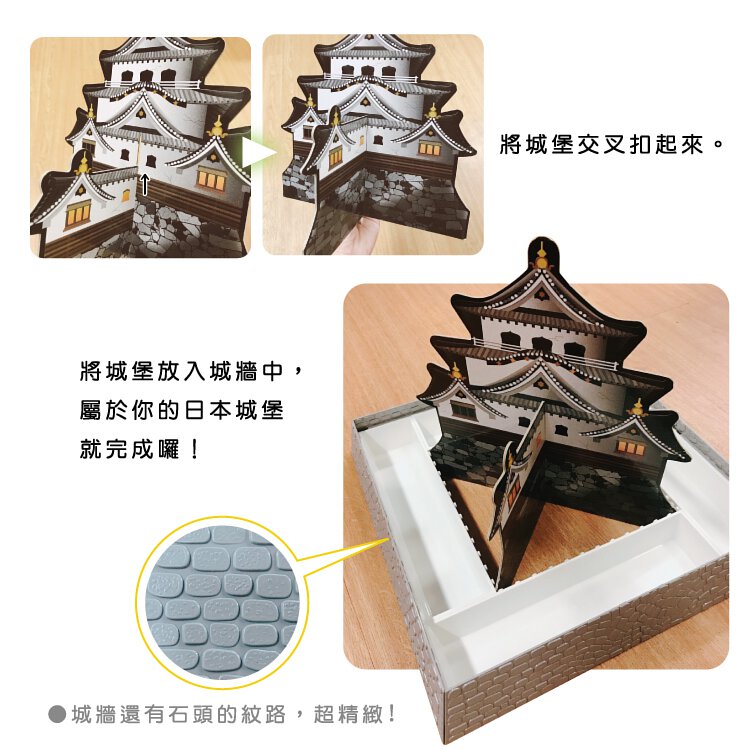 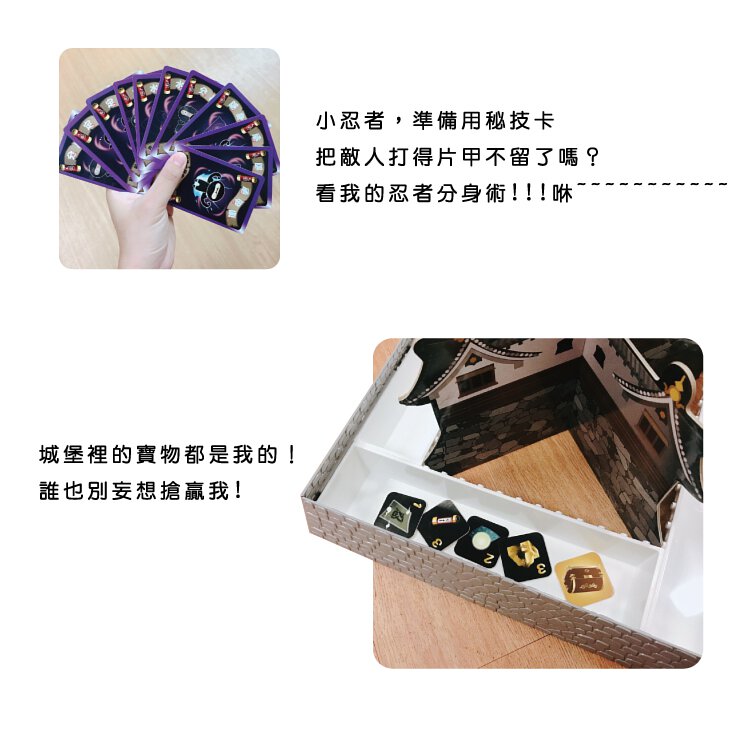 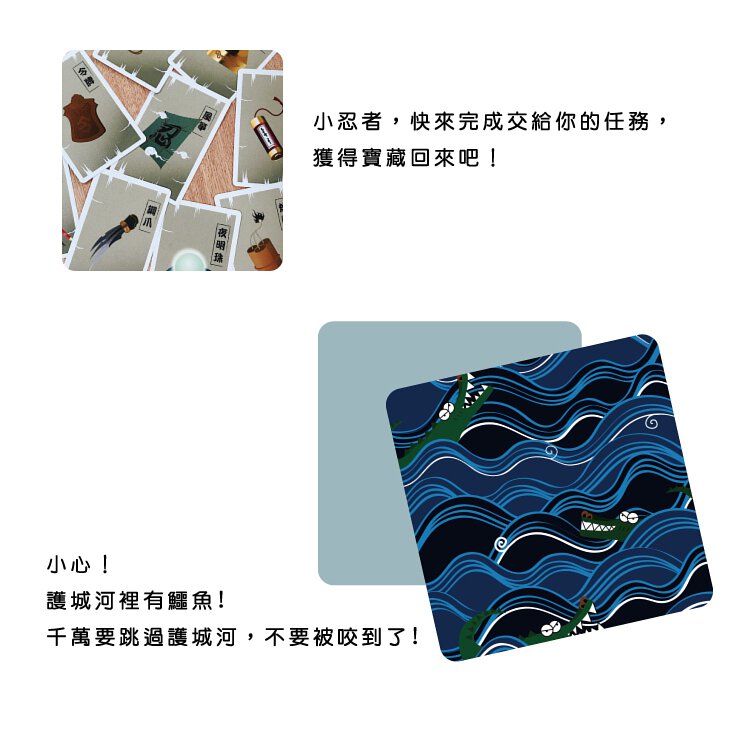 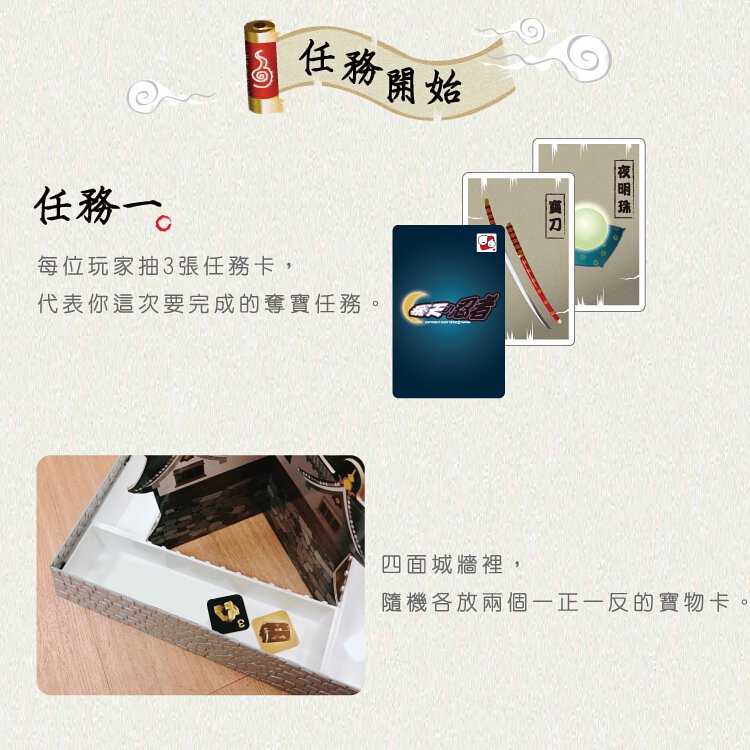 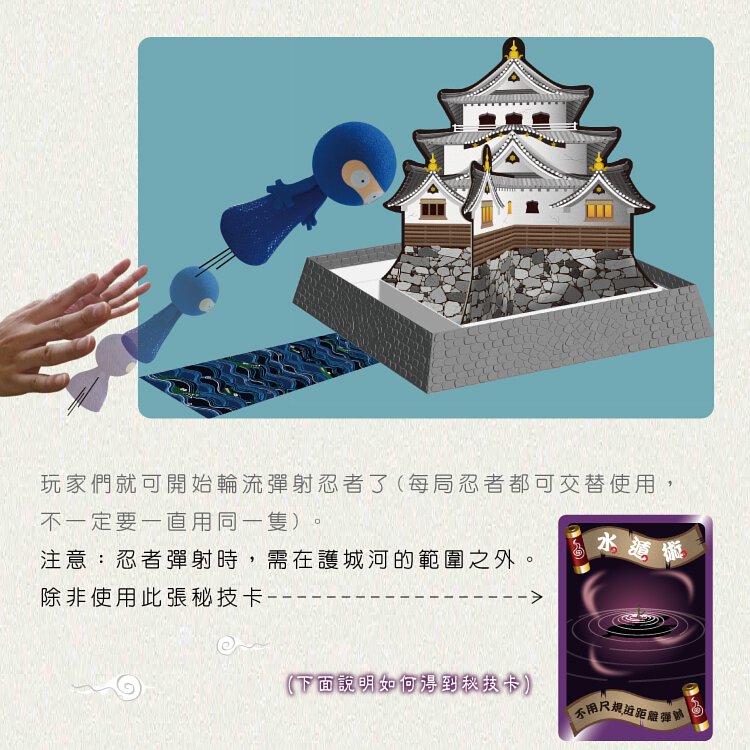 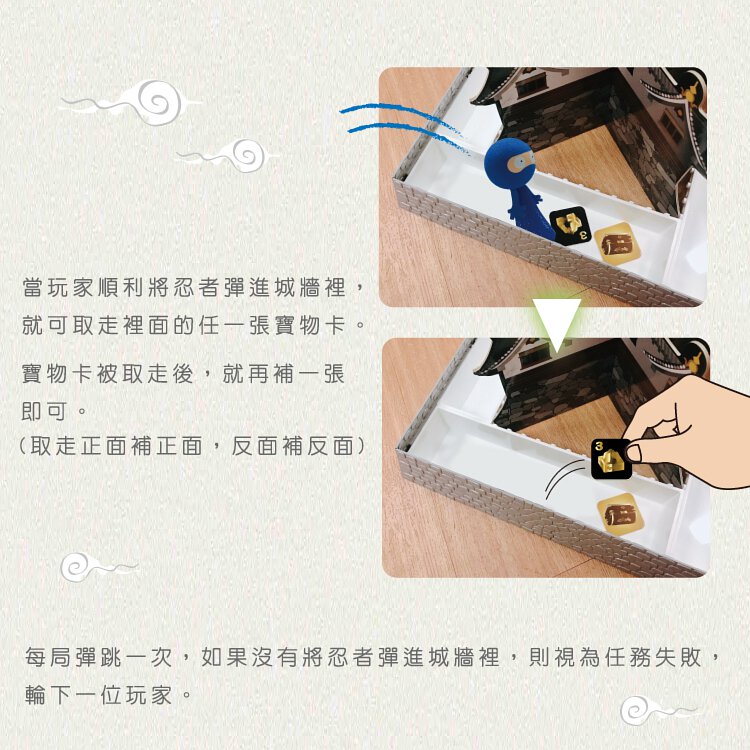 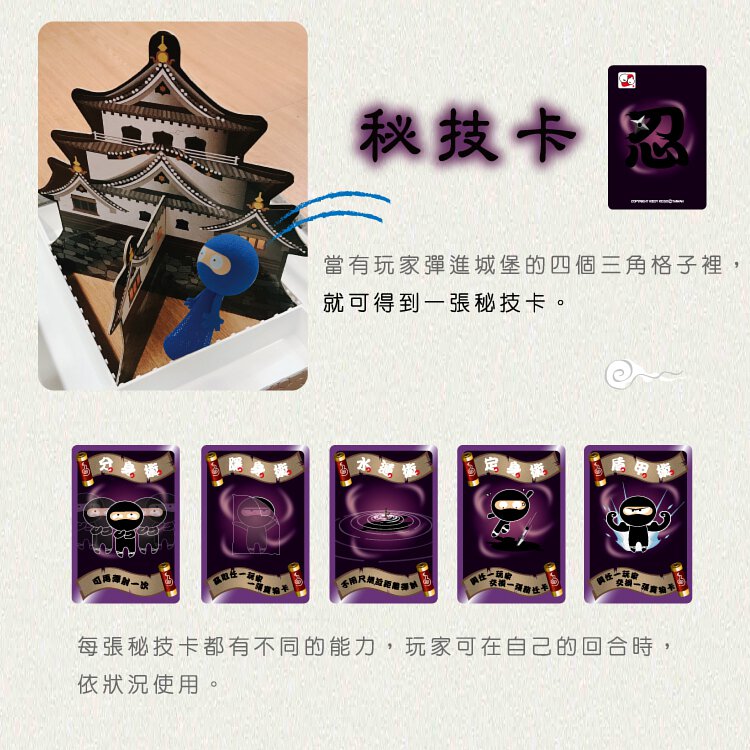 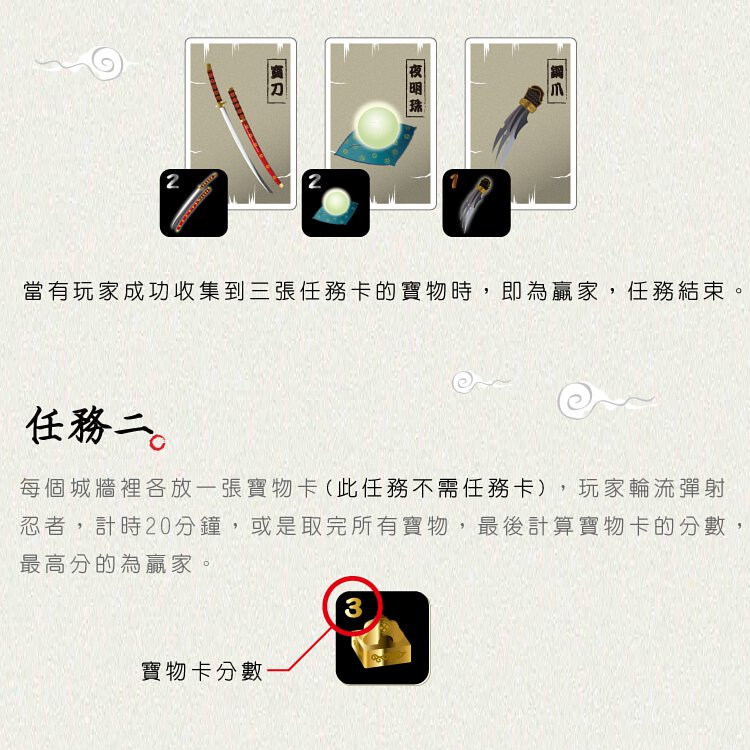 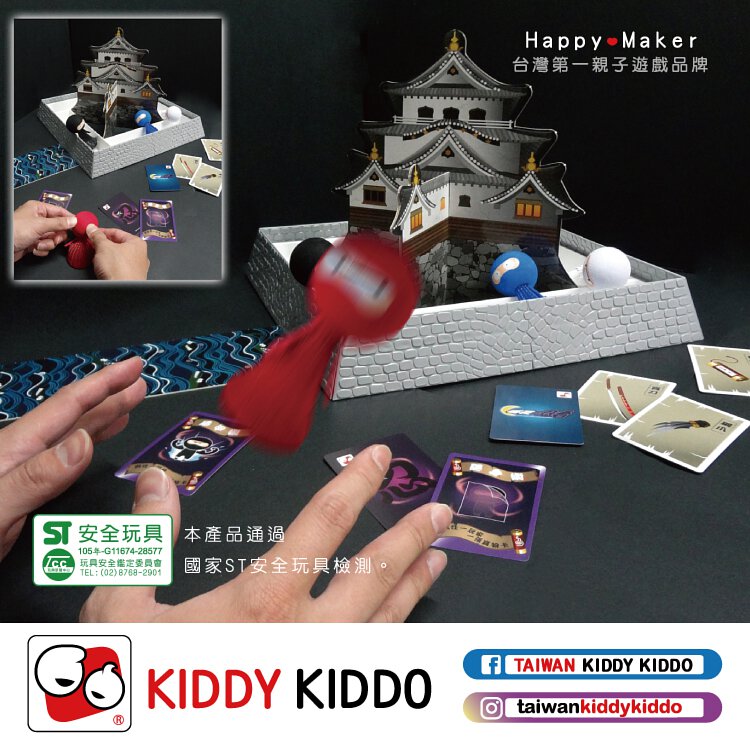